Friendship, connectedness and the meaning of life 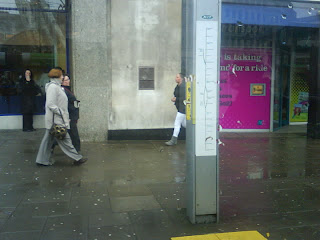 "In Dzogchen, perceived reality is considered to be unreal."
Wikipedia entry on Reality in Buddhism

Sorry I am not in the mood for chronology and orderliness. I found this image on my phone today and what shocked by the memory of when and why I took it. As I mentioned in a previous post my dad died on April 13th... exactly a month ago today. Knowing he was ill, but not realising how little time he had left Dom and I had been to see him (and enjoyed a 2 week holiday in England) and had just returned to Thailand when he passed away. We couldn't both afford to return for the funeral so I went alone. Making the return trip to England only 4 days after being there under such dramatically different circumstances was one of the most surreal experiences I have ever had.
It went something like this.


The photograph above was taken during the journey stage indicated in bold.

Compare it to this image taken exactly 17 days earlier: 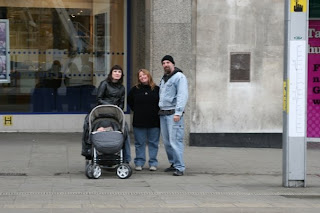 Ok so the angle is slightly different and there is a pane of glass between lens and the world in the first image but you get the idea, this is where only 17 days previously Dom and I had stood with Autumn and Warrick and posed for Jamie's photograph. I was happy, very happy with Dom and friends. The sun was shining and my dad was alive.

And thus, even though neither picture is of him in a sense (to me at least) Dad isn't 'in' the first image where as he most certainly is 'in' the second.

It is only one small step from understanding this to understanding, according to the teachings of Dzogchen he is equally in both. In fact the extent that he 'is' anything he is more than 'in' both - he IS both, as am I, and Dom, and Autumn, and Warrick and Jamie, behind the lens.

Our ultimate nature is all encompassing, "space that is aware".

And that is what I saw (but until now didn't understand) when I snapped the first photograph. Although I was alone, and hurting, and it was raining, and the grief for dad was so bad I could taste it - I turned my head, not even realising even where I was and saw the spot where 17 days earlier I had stood in happiness with friends and loved ones. And oddly enough I understood they were there still.

We had hung that brief moment on the spot for eternity, and I could see it.

And, as I am beginning to realise, so could dad.