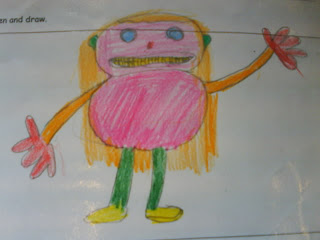 I'm trying to embrace my inner demon. Well, kind of. After yet another OOE (overly emotional event) chez Northlands I was grumbling to a Foxy friend who had inquired how my Wolf was feeling, post drama. My grumble was:


Wolf is dealing with it much better than I am. He has one burst of anger and all the girlies are instantly pm'ing him and telling him they love him and didn't mean to hurt HIM or make HIM angry. And he is ok. I have one burst of anger and feel like the bad tempered bitch who would have no members if I didn't have my adorable Wolf to come along and clean up the mess I made.

To which she replied:


You are a bad tempered bitch.


I think she was joking but I know it is how I am viewed by some. Probably. Sometimes I wish people would just TELL you what they thought of you. Not out of some egotistical desire for affirmation but because it would be so much easier to have a more complete and realistic self-image that way. I mean I role-played the Goddess of the Underworld for so long (years) I absorbed aspects of her into my actual identity. It can change a woman, I still have to remind myself I don't command legions of demonic undead everytime I log on. I struggle with virtual in combination with realistic.

I have another friend (online) who deals with several... layers of identity. I still don't really understand where they come from, but I do think role-playing extensively over a period of years can damage your (mental) health. Playing a role reaches the parts real life doesn't reach and fucks them up, bad. I briefly flirted with a new RP character called Lolah Magic (actually another incarnation of the Goddess, but a mortal one) who was a lesbian motorbike riding thief hiding out in a convent (yes she was a lesbian nun - I'm not afraid to embrace porno-cliché). She still keeps me awake at night. But, really, thank God I never got the chance to explore that identity. I would be scarred for life, and possibly the afterlife.

I touched on the nature of identity (particularly online) in my studies. My tutor said "I am very careful to be myself online" and while I appreciated the value and sincerity of that assertion, it did occur to me that was possibly easier if you hadn't enter the interwebs through the dark and mysterious sidedoor that is role-play.

Incidentally, today's picture is a drawing done by one of my colleague's primary learners. When he showed it to me I looked at is nervously - wondering if this child had planted a camera in my bathroom. Aside from the green legs and banana feet, this is almost exactly how I look in the morning, in the shower, before I have become fully human.