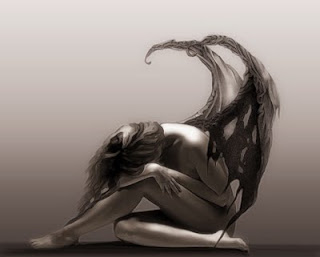 One thing that prevented me coming back to yoga earlier was chronic pain in my left leg. I think of it as 'the left leg thing' but as people seem to prefer big sounding reasons (colleagues need reasons for my limp, yoga teachers need reasons for an inability to straighten my leg during forward bends, for example) out-loud I call it sciatica.  In truth I have no idea what it is or what caused it.

Dom (the creator of beginnings remember) says this particular incidence started in April this year as we were walking through the farm. The first time I remember it happening in my leg was coming home after my dad's funeral (April 2009) but prior to that I have had lower back problems and I see it as connected. Anyway it is affecting my ability to embrace yoga this time and so I am investing lots of time energy and money trying to fix it.

In my head there are several myths that have become attached to the left leg thing over time and in the interests of openness I will list them in no significant order and with no relevant explanation (as I am sure they will come later).